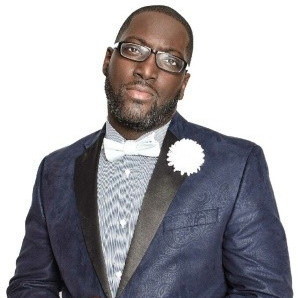 Upscale. Quality. Integrity. These are a few key words that come to mind when a Dessie Brown production is in the works. It is a rare and significant occasion when a young entrepreneur is able to capture and express the passion of a generation in order to make an impact on society. When Dessie created DessieBrown.com he envisioned creating a union between entertainment and lifestyle marketing. Dessie is an arduous businessman who is no stranger to the entertainment industry, since 2004 he has been planning and promoting upscale events locally and nationwide. These endeavors served as a propeller to launch multiple mediums reaching the local urban market.

Dessie grew up in the humble town of Greenville, Texas. At an early age his parents instilled in him motivational teachings, including the idea that he was capable of doing anything he set his mind out to do. He learned the importance of keeping a good reputation and name, from his father Dessie Brown Sr., who was a very influential figure in his life. A natural born leader, Dessie manages to influence people to step up and make a change in their community. He strives to show young adults and teens that they can do more with their life than play sports and entertain, but that they have the capability of becoming presidents and entrepreneurs. When asked where he receives his consistent source of motivation, the entertainment mogul replied, “My motivation comes from knowing that God placed me in the position that I am in to make a difference. Period.”

Prior to starting his lifestyle and entertainment business, Dessie spent 3 years working for Grip Magazine in Atlanta, Georgia. Before launching DessieBrown.com, he created and spearheaded a diverse range of social events from charity benefits and youth summer camps to celebrity concert after parties. Dessie helps to provide young professionals, socialites, and professional athletes with a wealth of social events and activities to attend in order to network and have fun at the same time. His company offers a wide range of programs and services from radio promotions, public relations, special event production, creative design and online marketing.

Having always incorporated his great sense of style into every aspect of his life, Dessie felt the need for a new project. In 2009, Mr. Brown decided to fulfill a life-long dream when he launched a signature collection of casual sportswear under his name Dessie Brown. He created the line to fill a void in the market for well-made, fashionable clothing that also reflects an urban style.

What's next for this A-List event planner? Bright visions of LD Unlimited offices on the West and East coast while the headquarters remains in Dallas, Texas. In addition, Dessie is planning an explosion of exclusive upscale events and parties nationwide, coupled with two new books, as well as upcoming plans to enter the music industry.