The first heavy hitter that has been confirmed as a part of the 20th Summer Celebration lineup is Earvin “Magic” Johnson, founder and CEO of Magic Johnson Enterprises. Although he has been hailed as one of the greatest players in NBA history, holds five NBA championship rings, and has been inducted into the Basketball Hall of Fame, in recent decades, Johnson has gained fame as an astute businessman.

Just before retiring from the NBA in 1996, Johnson founded and became CEO of Magic Johnson Enterprises in 1995. The mission of Magic Johnson Enterprises is to serve as a catalyst for fostering community and economic empowerment by providing access to high-quality entertainment, products and services that answer the demands of multicultural communities.

Most notably, Johnson has been celebrated for locating many of his investments in underserved urban communities. In 2001, Johnson formed the Canyon-Johnson Urban Fund, an alliance with Canyon Capital to finance real estate developments in 13 states and Washington, D.C.

Magic Johnson Enterprises prides itself on strategic direct investment into urban areas, supporting businesses for the advancement of underserved communities, and seeking to impact the need for diversity in various sectors.

Through these entrepreneurial, empowering and community-building activities, Magic Johnson Enterprises has provided unique access to opportunities, capital and talent to which these communities would otherwise not have access.

As Texas Black Expo sought to identify the best candidate to headline our annual Summer Celebration, Johnson was the logical choice. The alignment between Johnson’s and TBE’s in mission, vision and values of entrepreneurship, economic investment, and empowerment of underserved communities make him an exceptional model for all that TBE has represented for the past 20 years. We look forward to being inspired by his entrepreneurial wisdom, stories, and insights into what’s next for Black business and community empowerment. 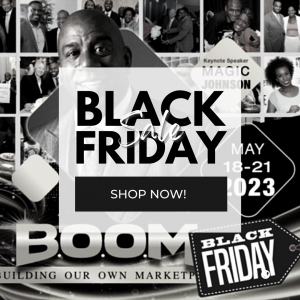